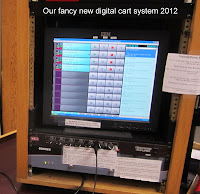 In 2012 we finally made the move from tape cartridges to digital underwriting announcements.  Warren Harris researched and found a system we could afford and he and engineer Mike Doyal got it up and running in just 2 hours on a Wednesday night.  While there was much concern about the volunteer programmers ability to adjust to the new equipment, there were no serious problems.  The old tape cartridges were offered up as pledge drive premiums!

In October 2012 KNON made the biggest change to our programming schedule in over 20 years.  We cancelled our national talk shows and moved our local talk shows to Saturday morning.  New music programming was added during morning drive time in an attempt to generate more pledge drive and underwriting dollars. 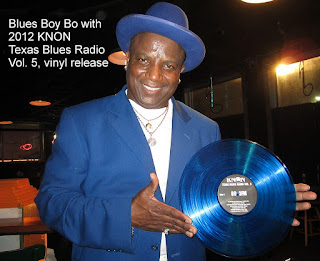 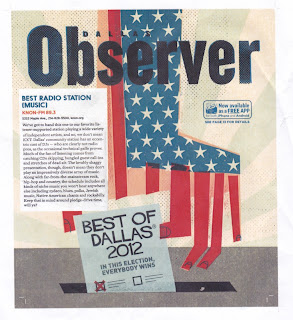 In 2012 The Dallas Observer named KNON the best radio station in Dallas for music. 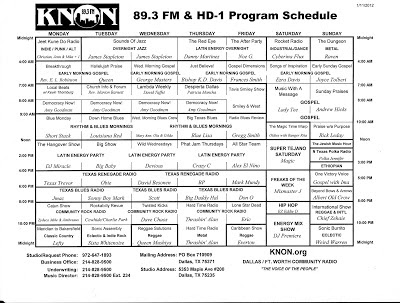