After the financial damage caused by Bobby Elliott, it was several years before the station could afford to hire a new station manager.  Sue Turner's voluntary management of the station saved the operation many thousands of dollars and gave the station time to recover.  She served, without pay, for almost 5 years during which the station fully recovered and returned to financial stability. 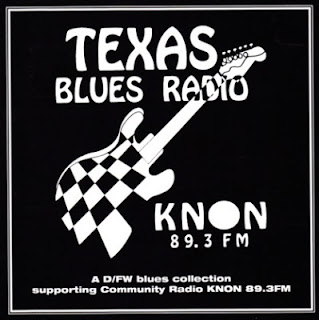 In 1997 KNON released its first compilation blues CD.  The project was a huge success and sold out in less than 6 months.  Over the years since, KNON has issued many other local music CDs in many different music formats and it remains a valuable fund raising method.

In October 1999, the Agape Board of Directors named Andre Washington as new station manager.  He made relatively few changes to the station and left in 2002.

In 2001, KNON held its first Latin Energy Festival at Artist Square in Dallas.   The festival was a big success and continues to be a major fundraising event for the station.  That same year an attempt to hold a large outdoor blues festival was tried, but was canceled after disappointing ticket sales.
Posted by KNON History at 12:37 PM