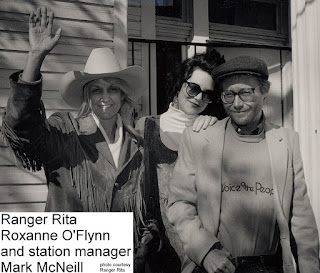 1989 featured a new in-house newsletter called On the Air.  It  was a newsletter for the volunteers featuring station news and progress and a way for staff to communicate with all the volunteers.  On the Air lasted a two issues and disappeared.  Eventually Jeff Murray announced he would be leaving KNON and moving to New Orleans.  Mark McNeil replaced Murray as station manager in September 1989.

Around 1989, KNON acquired its first CD player.  At that time, CDs were much more expensive than LPs and there was a constant theft problem.  The solution was the first locked music cabinet.

click on the images below for a larger view. 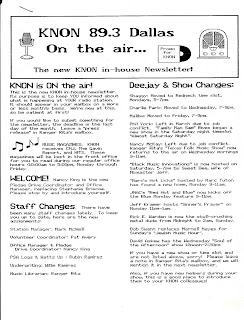 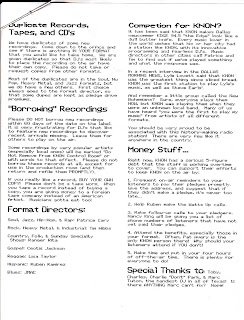 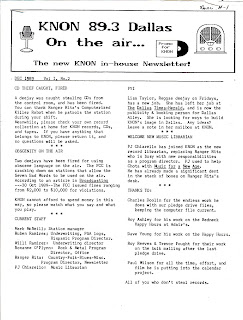 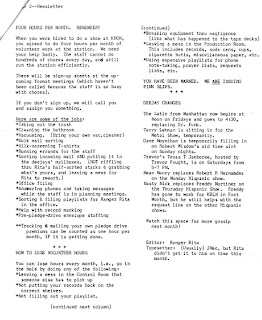