KCHU, the predecessor to KNON 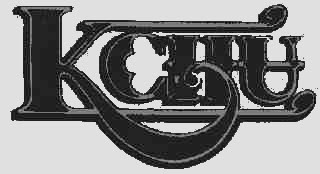 The history of KNON begins with our predecessor station, KCHU 90.9 FM.  KCHU was an early community radio station started by Lorenzo Milam and Dennis Gross.  Milam helped start many different community stations across the country in the 60's and early 70s and he is known as "The Johnny Appleseed of Community Radio".  Milam has written several books on the process and his adventures with various community radio stations across the country.  One is even titled "The Radio Papers: From KRAB to KCHU".  It took several years for the group to go through the FCC licensing process.  Work began in 1971 with the formation of The Agape Broadcasting Foundation.  Once the license was obtained they were able to borrow money to purchase broadcasting equipment and a staff of volunteers was assembled.  KCHU signed on the air on August 28, 1975 and was able to broadcast through August 1977.  Self described as a "hippy radio station", KCHU's programming was much like KNON's.   A small staff oversaw nearly 100 volunteer programmers who produced music and talk programming from a 3 story Victorian building at 2516 Maple Avenue in Dallas.  Programming included poetry, radio theater, the first gay programming on Dallas radio, a bagpipe show, electronic music, big band, classical, a science fiction show, R&B, swing, reggae, a women's talk show, and world music, to name a few.  The

station issued 20 program guides which included articles, artwork, poetry, and stories contributed by the volunteers.  Funding was accomplished by on-air pledge drives and occasional live events, however the monies raised never paid all the bills.  Lorenzo Milam helped pay the bills as the station struggled to gain a foothold and economic support in the Dallas market.  Eventually internal discord within the staff and continuing financial insolvency led Lorenzo to withdraw his financial support from the station.  At that point the tower and most of the broadcast equipment were repossessed.  Other equipment and the station's music collection disappeared along with the volunteers.  Milam reported the KCHU experience left him over $250,000 in debt.

Here's a link to an old 1995 site about KCHU:  http://wild-bohemian.com/kchu.htm

After the station went off the air, Milam looked for a new organzation to take over the license and hopefully begin broadcasting again.  On January 1, 1978 he turned the license over to a new group who renewed the license, formed a new board of directors, and changed the 90.9 FM frequency call letters to KNON.  In 1978 Agape was approached by the owners of 89.3 FM with the idea of swapping frequencies in exchange for broadcasting equipment and other considerations.  Due to the lower broadcasting power license (10 kilowatts at 89.3 FM versus 100 kilowatts at 90.9 FM) Agape declined.

For the first several years, regular filings were made with the FCC and there were few problems as there were other open frequencies in the non-commercial band in the DFW area.  During the first 5 years the station was off the air, there was little action towards getting the station back to broadcasting.  One near revolt of the Agape board was quelled by board action.  At one point the board considered disbanding.  From May 1980 to May 1981, the Agape board did not meet at all and a quorum had not been met in the year before that.

By the early 80's, non-commercial frequencies in this area were filling up and other broadcasters became interested in the unused 100,000 watt license at 90.9 FM.  In the spring of 1983, FCC challenges to the license  were filed based on the fact that KNON was not broadcasting.  After several appeals, the FCC issued an order that if KNON was not on the air by July 31, 1983, the license would be forfeited.
Posted by KNON History at 4:08 PM